Home › Features › Refusing to be Comforted

Refusing to be Comforted 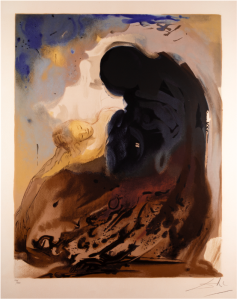 A voice is heard in Ramah, weeping and great mourning, Rachel weeping for her children and refusing to be comforted, for they are no more. —Matthew 2:18

These are the cries of Toni Martin-Green on Christmas Eve as she stood at the scene where her 18-year-old son Antonio had been shot and killed by a police officer in Berkeley, Missouri, a small city close to Ferguson. As I saw pictures of Toni on Twitter and listened to her cries in video clips my heart broke for her, a mother who now had to plan for her son’s funeral over Christmas.

Tomorrow is the fourth day of Christmas, the Feast of the Innocents, a day set aside on the liturgical calendar to mark the slaughter of all the baby boys two years old and younger by King Herod after learning about Jesus’ birth from the magi. Despite its two thousand year old history, we are all too familiar with the slaughter of children today, particularly in the light of the recent deaths of black souls in places like Ferguson, Cleveland, and New York. In St. Louis residents live in a veritable police state that increasingly reminds me of Roman-occupied Israel. Again, children are being killed by the hands of the state and mothers are weeping for their children, refusing to be comforted, for they are no more.

Children are being killed by the hands of the state and mothers are weeping.

The verse from Matthew 2:18 is a passage I have continued to come back to as I visit Ferguson, listen to wailing mothers, and witness a movement crying out for justice. I have seen and been a part of marches, rallies, highway shut-downs, mall die-ins, and protests led by fierce and courageous young women and men who refused to be silenced. Yet I have also witnessed different moments of resistance, like when an elderly woman at Christ the King UCC crocheted 75 hats and scarves as an act of solidarity with the Ferguson protesters. She told her church that while she physically couldn’t march in the streets she saw each stitch she crocheted as one step, and by the end she had walked five miles in yarn with the protesters. Even while this woman was limited by her physical circumstances she found a way to protest and practice resistance. So when I reexamine the mourning mothers in Matthew I realize that their grief has transformative power. These mothers had no political power in their scenario, no means to seek legal justice for their murdered babies. They did, however, have the power of lament. Refusing to be comforted is a form of resistance. It is a means of making people acknowledge a mother’s grief, a child’s humanity, and an unquiet spirit in the midst of injustice.

Refusing to be comforted says, “I will not allow you to forget my child. My child was made imago dei. My child’s life matters.” Refusing to be comforted is how mothers have forced the hands of powerful rulers to finally seek justice for their murdered children. In 2 Samuel 21 we read the story of Rizpah, a concubine of Saul, whose two sons were murdered along with five sons of Merab. These sons were given up by King David as payment for the sin of Saul against the Gibeonites in order to end a three year drought. The sons were impaled by the Gibeonites at the sanctuary Gibeah. For five months a grief-stricken Rizpah set herself upon the rock of Gibeah to keep their bodies from being devoured by beasts and birds of prey. When David heard about Rizpah’s actions he finally took the sons’ bodies and buried them in the royal family grave. After that the Lord brought rain upon the land. Rizpah refused to be comforted for the deaths of her sons, sons who had been given up as political ransom. Her presence at Gibeah was so powerful that even though David had avenged the Gibeonites rain did not fall. The bodies of Rizpah’s sons lay impaled, their blood crying out for justice. Rizpah’s refusal to be comforted moved the Lord to hold back the rain until David did the right thing and buried the bodies.

The bodies of Rizpah’s sons lay impaled, their blood crying out for justice.

Tomorrow, as Christians observe the Feast of the Innocents, I remember the many Rachels of history who have mourned their children’s deaths. I pray that the spirit of Rizpah dwells deeply in all mothers whose sons and daughters have been violently killed. As believers who are to ‘weep with those who weep’ I pray we will never stop mourning, never stop protesting, never stop resisting, until justice pours down like waters, and righteousness like an ever flowing stream.

This poem is for Rizpah, and all of her daughters.

teach us how to weep

for all the sons

whose lives have been stolen

on the mothers of Bethlehem

who refuse to be consoled

For their children are no more.

The harvest season has just begun,

The rain has not yet come,

in a pool of blood.

Send your Spirit to stay with Michael’s body

For four and a half hours.

Shoo away the vultures and beasts

That come to devour his honor and dignity.

Rise us up as your people

Transform our tears into words

for every murdered child

until the rains of peace

**The original articles appears on Theology on Ferguson. Used by the author’s permission.

Like Loading...
‹ A New History of Christianity in China
The Law and Sin: A Reading of Paul with Lacan and Levinas ›